Wide Compatibility with Leading and Trailing Edge Operation SCLED is the new electronic dimmer designed specifically for today’s demanding LED and incandescent load characteristics. The versatile SCLED features individually selectable leading or trailing edge dimming channels, and avoids the many problems associated with traditional mains dimmers such as high minimum load or the requirement for a ‘ballast’ load. SCLED requires no minimum or synthetic load
providing a smooth dimming curve to single or multiple LED lamps.

Silent LED Dimming
Choosing LED lamps should not be a game of chance. Dimmer parameters on SCLED are adjustable on a channel by channel basis to ensure the best possible performance from each lamp type according to their capabilities.
Extensive testing of many popular mains dimmable LED lamps has been a fundamental part of the development of SCLED.

Camlar have recently installed and upgrade for the new LED Exterior lighting to 45 Park Lane, an exclusive, contemporary... read more 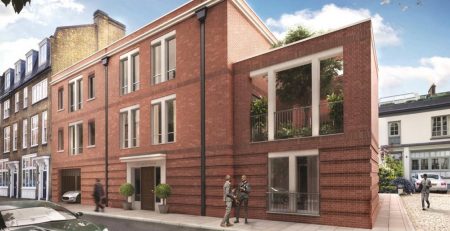 Camlar have supplied iLight Lighting System to each of the 10 Apartments located in Logan Place, all lighting to... read more

Camlar have been awarded the contract to change out out an existing ECS 8000 lighting control system at Vandervell... read more